He has sent me to proclaim liberty to the captives ...
Luke 4,18


Due to the political situation in Ethiopia there have been disturbances again and again all over the country. In a small town a man died due to a disturbance. Everyone who was a part of it got arrested. Including a young 18 year old woman named Sakira whose boyfriend was involved in killing that man. She on the other hand had nothing to do with the murder. Which was ascertained by a judge. Yet the court declared a 2000,- Birr bail.

Her mentally ill father had left the family a while ago and her mother was poor and unable to bail her out. Since Sakira wasn't able to pay for the bail so she had to spend a year in prison.

The life in a prison in Ethiopia is hard.

The sanitary conditions are dreadful.

Beds are a rarity or in a disastrous condition.

Small cells with up to 50 people are no rarity. Close together people are sleeping on mats or directly on the floor.

Living and bedroom in prison.

Once they are locked in there is no option to go to the restroom.

She was hit and tortured.

Light of Life has been supporting the prisoners in this prison for about a year.
Matresses, blankets, sanitary napkins, toiletpaper, soap etc. has been given to the prisoners. A new sanitary building is under construction.
During a visit from Mohammed in this prison Sakira spoke to him about her Situation.
Mohammed spoke to the prison administration and payed the 2000,- (80€)so that Sakira came free. He also gave her money to be able to drive home to her mother.
Of course that was a great pleasure for her and her mom.

But this joy didn't last very long. The family of the man who had died during the disturbance thinks that Sakria was involved in the murder. They wanted to take revenge. The Police took her in protective custody and once again she was back in prison. This time close to her hometown.

Mohammed held a training session for christians living in the underground. She came there with her mother.

After two days she gave her life to Jesus.

Sakira may no longer live in her town because one seeks her life there.
Her mother also moved away from there and is now living with relatives.
Sakira was taken in by christians and is now living in a big city.
She would like to go back to school and do an apprenticeship. Her level of knowledge equates to 5th grade.

After her release from Prison she wrote a poem. Which is seperated in three parts. She wrote it before her turning to Jesus Christ which is why Allah appears in it.

1. In Prison there are huge problems, beating and torture happen there. To come out of there is a huge miracle. That is why you shouldn't commit a crime because what awaits you in prison is dreadful.

2. Corona in her opinion is a punishment from God (Allah) because of the hate, the lies and the jealousy among the people. They should turn back and ask for God's grace.

She is glad that Light of Life helped her and that she was freed.

But the Lord Jesus stands behind all this and to HIM belongs the thanks and the glory! 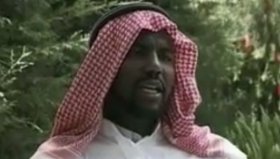 Here we go to the story of Sakira, who was in prison, is now free again and found the Lord Jesus Christ. 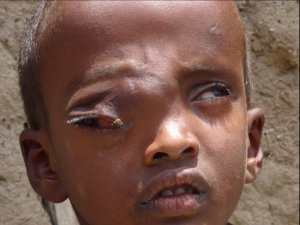 Read hier the story of Nabiu, the little boy with brain tumor and how God saved him.